Learn Tai Chi from instructors who truly love the form. 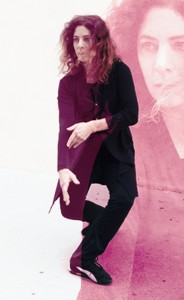 ‘Be Like Water’ was founded in 2013 by Tommy Kronenfeld and Hagai Izraeli. Other teachers at the school are also past students who came to learn Tai Chi, so they offer a genuine understanding of the challenges and triumphs of learning and can offer the benefit of their own personal experiences to their teachings.

Along with Hagai, Tommy has been studying and teaching Tai Chi Chuan and Qigong for over 20 years. With a background in fine arts, she then studied old Yang style Tai Chi and Qi gong in California from master Ten Ching Hou and she has taken special Qi gong and push hands workshops with Grand Master Anthony Nan Jie Ho and Master Chen Bing from the Wudang mountains in China.

Hagai is a performing musician, composer and a teacher and has been studying and teaching Tai Chi Chuan and Qigong for over 16 years. Like Tommy, Hagai also studied old Yang style Tai Chi and Qigong under Master Ten Ching Hou and he too continues his personal cultivation under Grand Master Su Zifang* and Master Zhao Yun, studying internal martial arts including Bagua Zhang, Sun Tai Chi and Wu Bu Quan.

Tommy and Hagai teach group and private sessions, training students of all ages and levels to help improve their health and fitness. They have a shared passion for the mind-body-spirit discipline and along with all of their teachers, are committed to sharing their knowledge and enthusiasm to help improve the quality of people’s lives.

*   Grandmaster Su Zifang who was awarded the title of “One of the 100 living treasures of China”.

François is a Professor of Communication at USC and has been practicing Yang style Tai Chi since 2010, learning from Ten Ching Hou and Tommy Kronenfeld. He is an avid cyclist. As an already accomplished teacher, he is able to integrate the principles of his practice into his riding technique and finds benefit in applying the focus and balance derived from Tai Chi exercises to his cycling practice as well as other important aspects of his life and work.